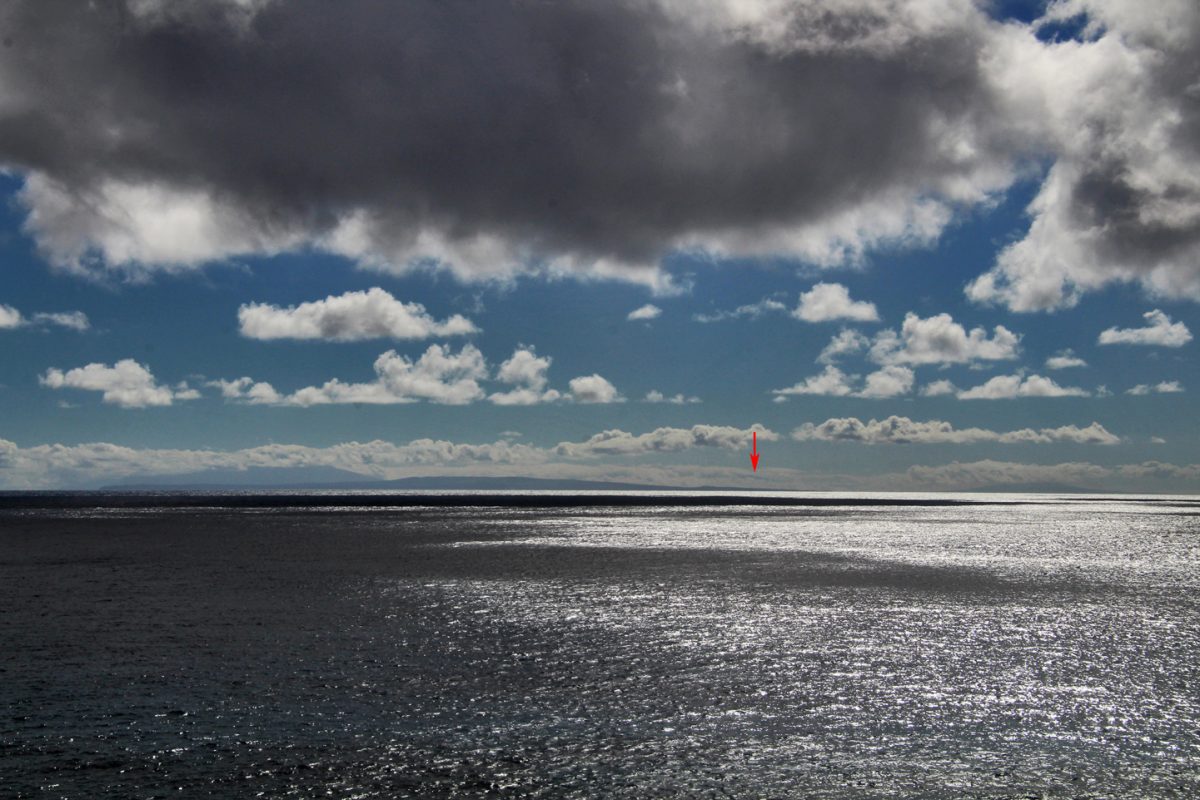 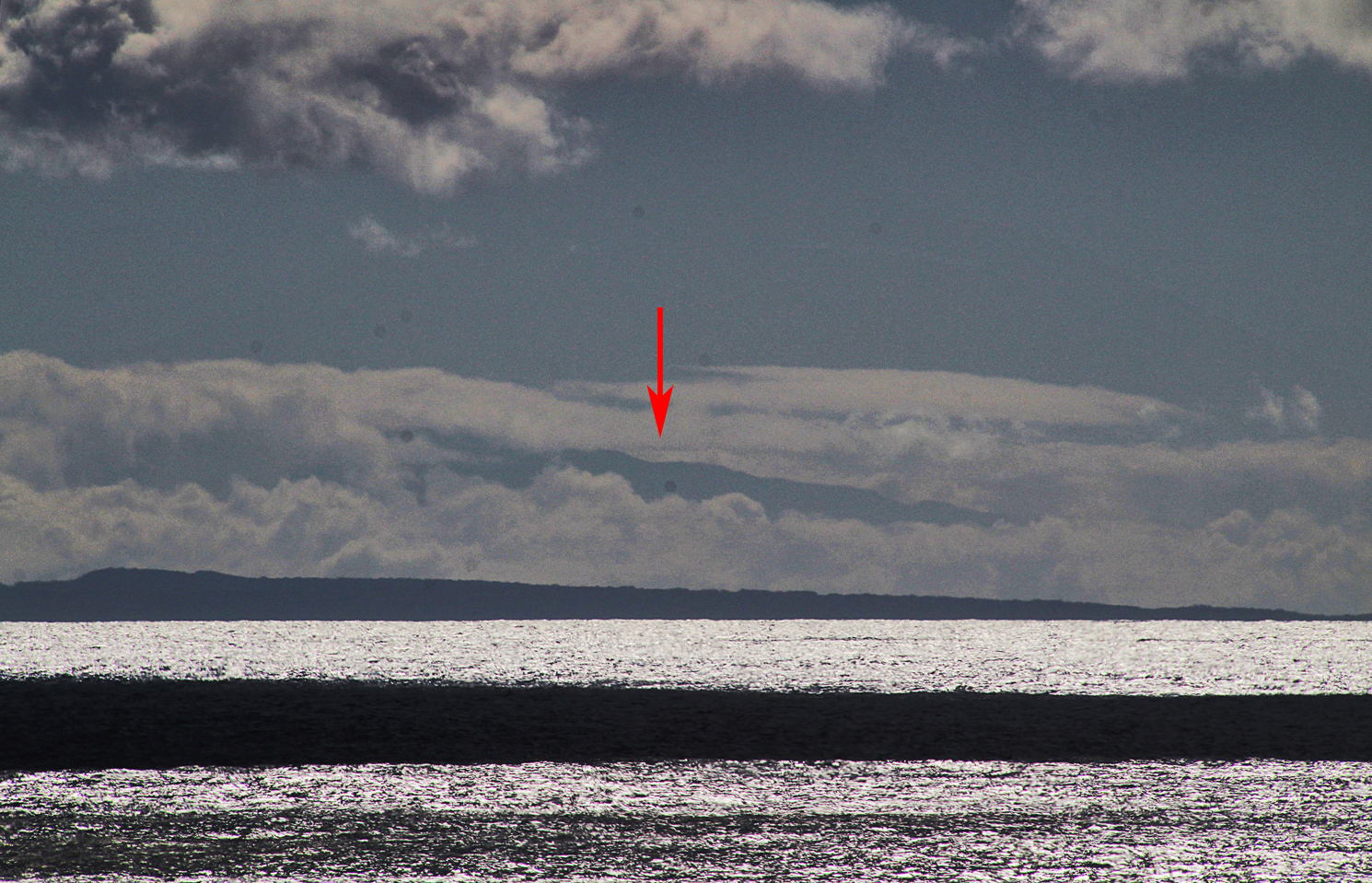 On a clear day you can see Maui. 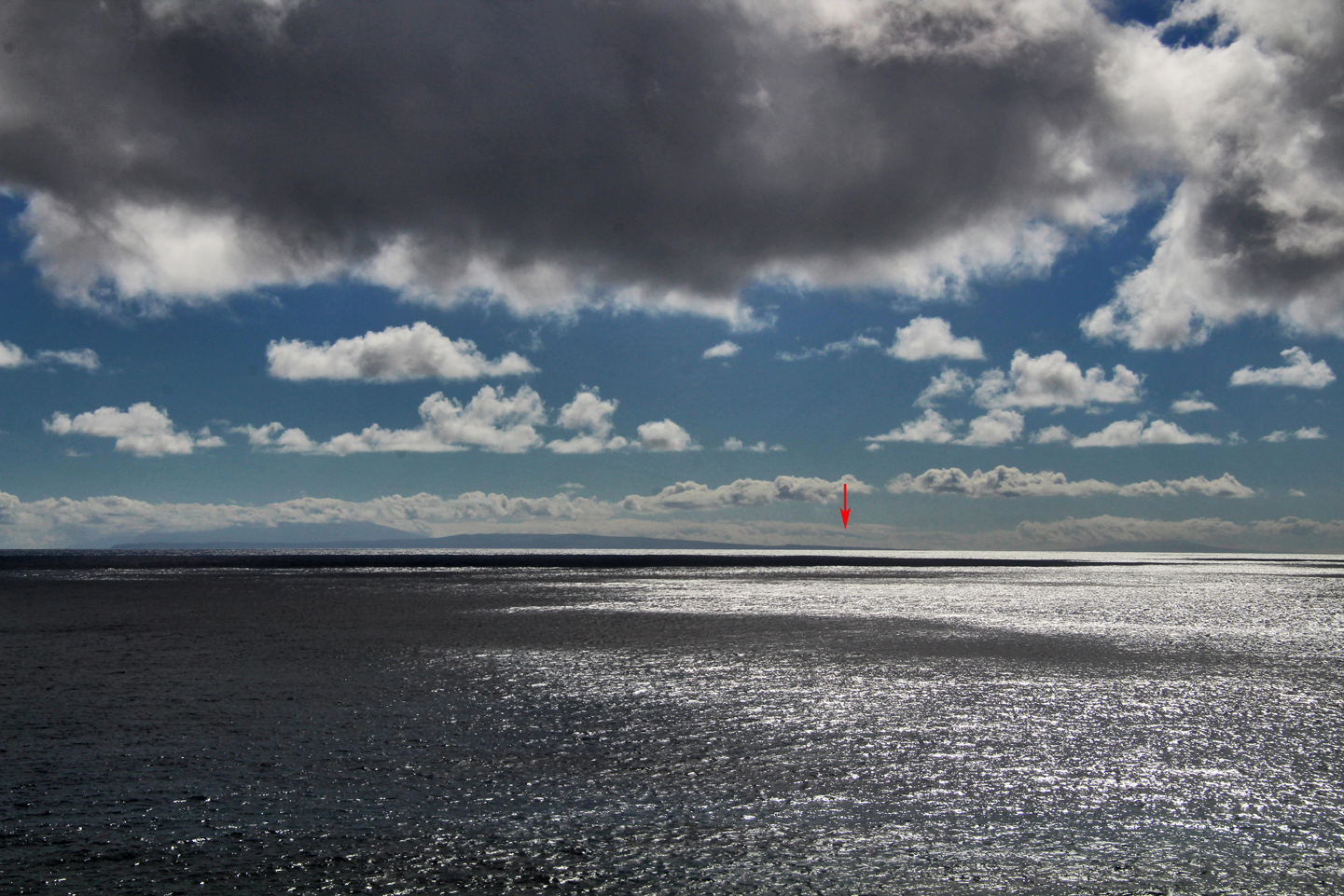 I’ve overheard several tour guides tell folks that the higher mountain to the far left, is West Maui.  That is incorrect.  The high part on the left is East Molokai at almost 5,000 feet, the lower part in the foreground is West Molokai at just under 1,400 feet, and below the red arrow on the right is Mount Haleakala on Maui at just over 10,000 feet.

I made this to send to DLNR when I found that they had made the same mistake, incorrectly labeling East Molokai as West Maui, on a panel board on the Makapu’u Lighthouse Trail.  The white arrow shows where West Maui would need to be for their display (below) to be correct. 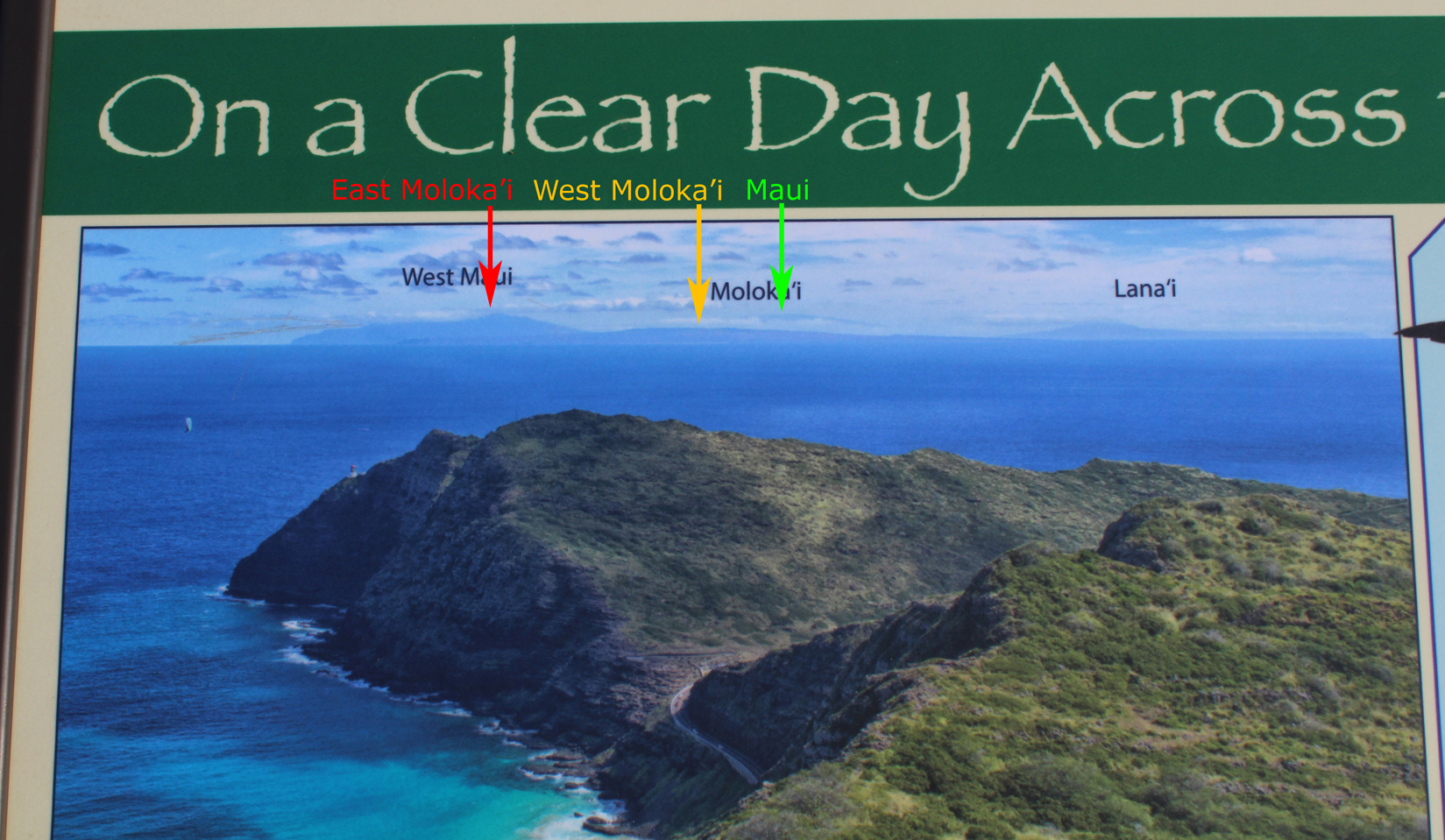 The incorrectly labeled panel board on the Makapu’u Lighthouse Trail, here with my corrections in Photoshop. 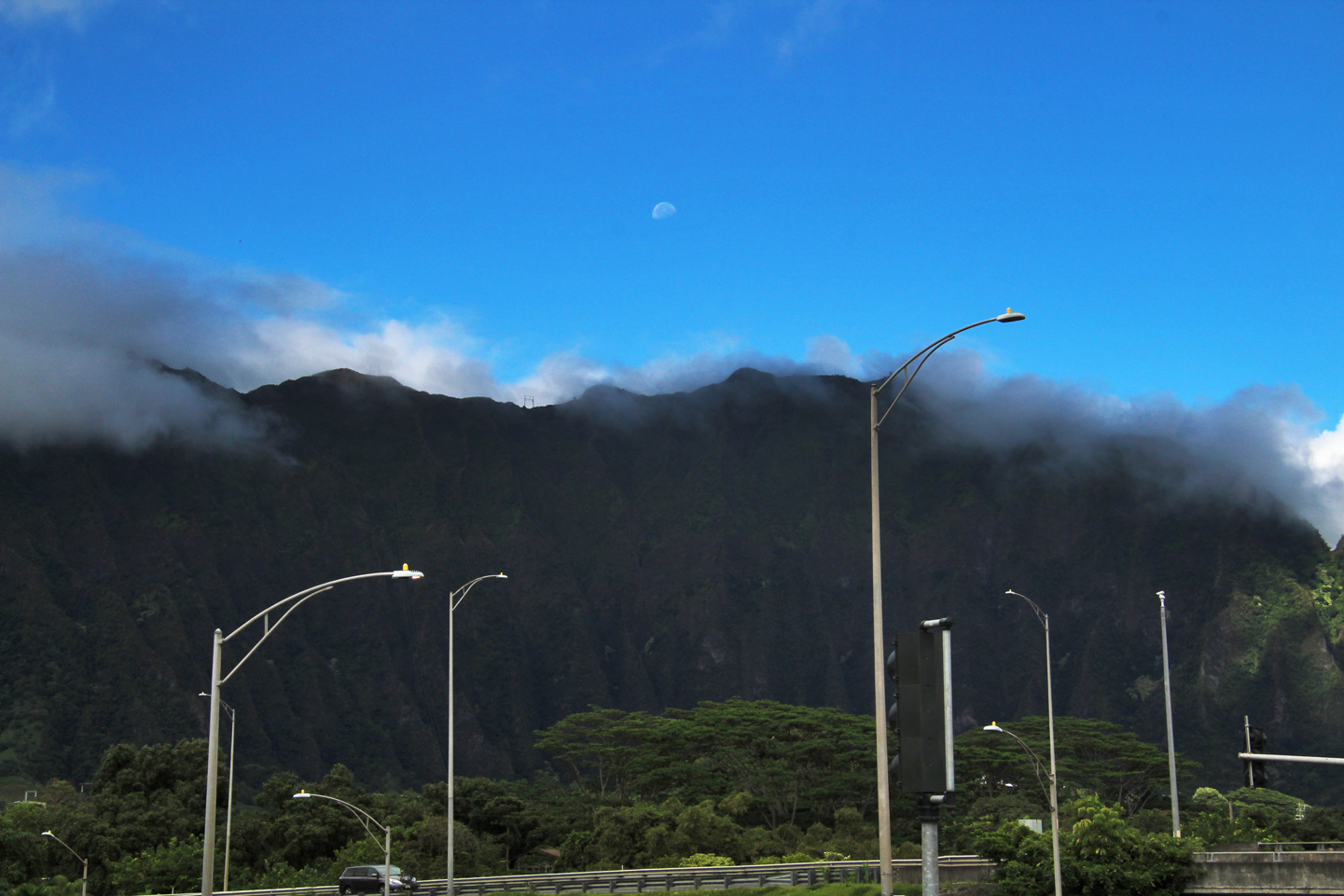 I spotted the Moon over the Ko’olau mountains while stopped at a traffic light in Kaneohe. 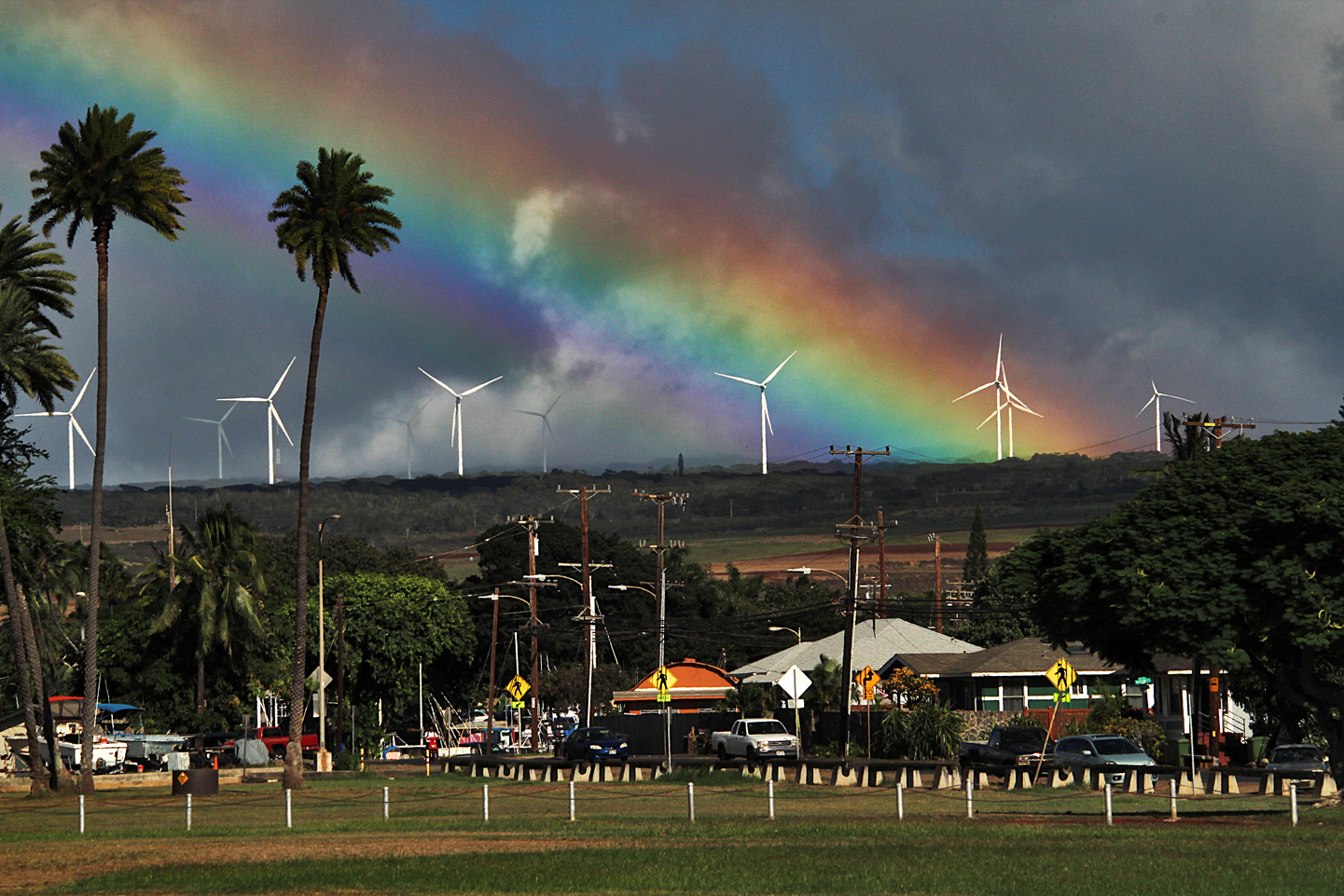 A rainbow seen from Ali’i Beach Park toward the end of our tour.